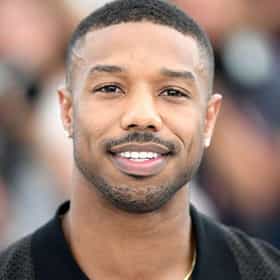 Michael Bakari Jordan (born February 9, 1987) is an American actor. He is known for his film roles as shooting victim Oscar Grant in the drama Fruitvale Station (2013), boxer Adonis Creed in the Rocky sequel film Creed (2015) and main antagonist Erik Killmonger in Black Panther (2018), all three of which were co-written and directed by Ryan Coogler.Jordan's television roles include Wallace in the HBO series The Wire (2002), Reggie Montgomery in the ABC series All My Children (2003–2006) and Vince Howard in the NBC drama series Friday Night Lights (2009–2011). His other film performances also include Maurice "Bumps" Wilson in Red Tails (2012), Steve Montgomery in Chronicle ... more on Wikipedia

lists about Michael B. Jordan

Michael B. Jordan is ranked on...

Michael B. Jordan is also found on...