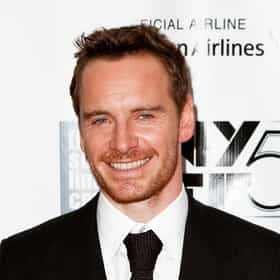 Michael Fassbender (born 2 April 1977) is an Irish-German actor. His feature film debut was in the fantasy war epic 300 (2007) as a Spartan warrior; his earlier roles included various stage productions, as well as starring roles on television such as in the HBO miniseries Band of Brothers (2001) and the Sky One fantasy drama Hex (2004–05). He first came to prominence for his role as IRA activist Bobby Sands in Hunger (2008), for which he won a British Independent Film Award. Subsequent roles include in the independent film Fish Tank (2009), as a Royal Marines lieutenant in Inglourious Basterds (2009), as Edward Rochester in the 2011 film adaptation of Jane Eyre, as Carl Jung in A ... more on Wikipedia

Michael Fassbender is ranked on...

Michael Fassbender is also found on...