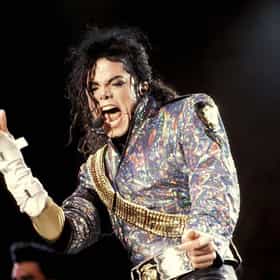 Michael Joseph Jackson (August 29, 1958 – June 25, 2009) was an American singer, songwriter, and dancer. Dubbed the "King of Pop", he is regarded as one of the most significant cultural figures of the 20th century and one of the greatest entertainers. Jackson's contributions to music, dance, and fashion, along with his publicized personal life, made him a global figure in popular culture for over four decades. The eighth child of the Jackson family, Michael made his professional debut in 1964 with his elder brothers Jackie, Tito, Jermaine, and Marlon as a member of the Jackson 5. He began his solo career in 1971 while at Motown Records, and in the early 1980s, became a ... more on Wikipedia

Michael Jackson is ranked on...

Michael Jackson is also found on...