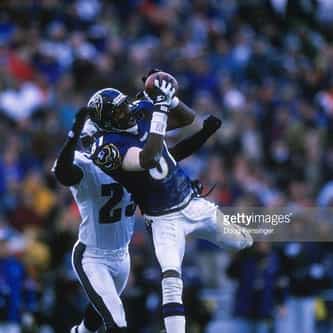 Michael Dywane Jackson Dyson (April 12, 1969 – May 12, 2017) was an American professional American football wide receiver and politician. Jackson was selected by the Cleveland Browns in the sixth round of the 1991 NFL Draft. He played college football at The University of Southern Mississippi. Jackson played in eight seasons in the National Football League (NFL), from 1991 to 1998, for the Browns and the Baltimore Ravens. Jackson signed a one-year contract with the Seattle Seahawks to play ... more on Wikipedia

Michael Jackson IS LISTED ON