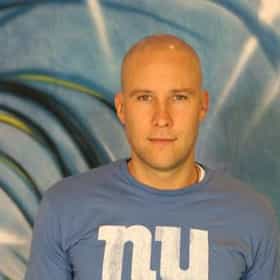 Michael Owen Rosenbaum (born July 11, 1972) is an American actor, producer, singer and comedian. He is known for his performance in Sorority Boys and for portraying Lex Luthor on the Superman television series Smallville, a role that TV Guide included in their 2013 list of The 60 Nastiest Villains of All Time.Rosenbaum is also known for portraying Dutch Nilbog on FOX's Breaking In, and voiceover work in animation, such as his role of Wally West / The Flash in the DC animated universe. Between 2015 and 2016, he played the lead role in the TV Land comedy series Impastor. He's also the lead singer of the band called Left on Laurel (formerly known as The Sandwich), with band members Rob ... more on Wikipedia

Michael Rosenbaum is ranked on...

#13 of 30 People who voted for Michael Rosenbaum... People outside of the US are 2x more likely to vote for this Who Should Play The Next Green Lantern? 12.9k VOTES The first Green Lantern has been around since 1940. Outside of comics, we saw him in cartoons and video games, but it wasn't...
#42 of 47 Actors Who Could Replace Jared Leto as the Joker 33.6k VOTES After his performance as the Joker in Suicide Squad was met with tepid reviews, Jared Leto declared he felt "tricked&qu...
#30 of 33 America's Most Missed Ex-Boyfriends 6.1k VOTES So what does America’s ex-boyfriend mean? It’s pretty simple actually. America’s ex boyfriend is any number of male stars ...
Actors And Actresses Who Didn’t Wear A Bald Cap Talk About What It’s Like To Cut Off All Their Hair 44.4k VIEWS In most cases, an actor or actress can put on a bald cap to cover their hair if they need to play a more follically challeng...
The Cast Of 'Smallville' - Where Are They Now? 21.8k VIEWS From its initial airing in 2001 until the show’s finale on May 13, 2011, Smallville was considered one of the best sci-...
Laura Vandervoort Loves and Hookups 2k VIEWS Who is Laura Vandervoort dating? Many famous men have dated Smallville star Laura Vandervoort, and this list will give ...
Candice King Loves and Hookups 5.3k VIEWS Who is Candice King dating? Many famous men have dated The Vampire Diaries actress Candice King, previously Candice Accola, ...

Michael Rosenbaum is also found on...