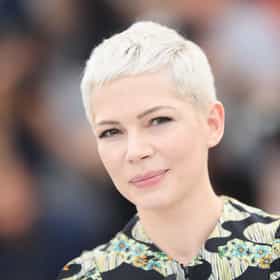 Michelle Ingrid Williams (born September 9, 1980) is an American actress. She is particularly known for her work in small-scale independent productions with dark or tragic themes. The recipient of several accolades, including a Golden Globe Award, Williams has been nominated for four Academy Awards and one Tony Award. Born to the politician and trader Larry R. Williams, she was raised in Kalispell, Montana, and San Diego, California. She began her career at a young age with television guest appearances and made her feature film debut in the family film Lassie (1994). At 15, she gained emancipation from her parents, and soon achieved public recognition for her leading role in the ... more on Wikipedia

Michelle Williams is ranked on...

Michelle Williams is also found on...