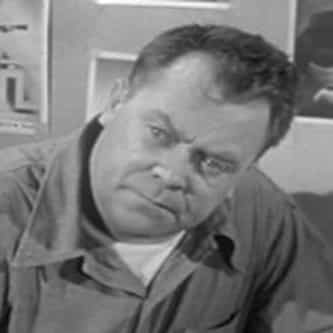 Joseph Michael Shaughnessy (August 5, 1920 – July 23, 1985) was an Irish American character actor and comedian who specialized in playing lovable, but not-too-bright lugs. He was known for roles such as the tough, experienced mentor of Elvis Presley's character in Jailhouse Rock and Maxi the punch-drunk boxer in Designing Woman (1957) opposite Gregory Peck. The New York City-born Shaughnessy was a Golden Gloves boxer.Shaughnessy started out as a singer before becoming a comedian. He served ... more on Wikipedia