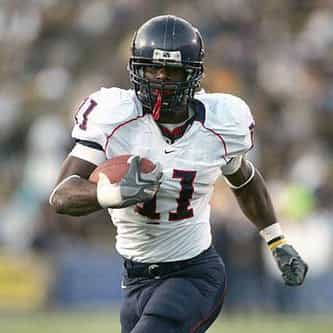 Michael Steven Bell (born April 23, 1983) is a former American football running back who played in the National Football League from 2006 to 2011. Bell was signed by the Denver Broncos as an undrafted free agent in 2006 and later played for the New Orleans Saints, Philadelphia Eagles and Cleveland Browns. He played college football at Arizona. Bell had several accomplishment throughout his career, including winning Super Bowl XLIV as a member of the Saints. ... more on Wikipedia

Mike Bell IS LISTED ON