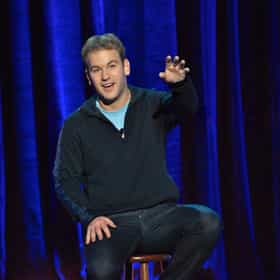 Mike Birbiglia (; born June 20, 1978) is an American stand-up comedian, actor, director, producer and writer. He is a frequent contributor to This American Life and The Moth, and has released several comedy albums and television specials. His feature-length directorial debut Sleepwalk with Me (2012), based on his one-man show of the same name and in which he also starred, won awards at the Sundance and Nantucket film festivals. He also wrote, directed, and starred in the comedy-drama Don't Think Twice (2016). His 2010 book Sleepwalk with Me and Other Painfully True Stories was a New York Times bestseller and a finalist for the 2011 Thurber Prize for American Humor. Birbiglia has ... more on Wikipedia

Mike Birbiglia is ranked on...

Mike Birbiglia is also found on...