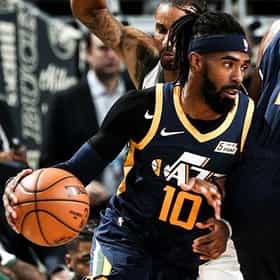 Michael Alex Conley Jr. (born October 11, 1987) is an American professional basketball player for the Utah Jazz of the National Basketball Association (NBA). He was a member of the Memphis Grizzlies since the team drafted him with the fourth overall pick in the 2007 NBA draft before being traded in 2019 to the Utah Jazz. Conley is the son of Mike Conley Sr., an Olympic gold and silver medalist in track and field. He is the Grizzlies' all-time leading scorer. ... more on Wikipedia