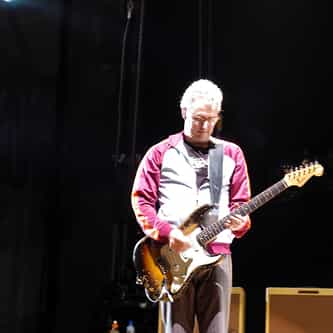 Michael David "Mike" McCready (born April 5, 1966) is an American musician who serves as the lead guitarist for the American rock band Pearl Jam. Along with Jeff Ament, Stone Gossard and Eddie Vedder, he is one of the founding members of Pearl Jam. McCready was also a member of the side project bands Flight to Mars, Temple of the Dog, Mad Season and The Rockfords. McCready was inducted into the Rock and Roll Hall of Fame as a member of Pearl Jam on April 7, 2017. ... more on Wikipedia

Mike McCready IS LISTED ON