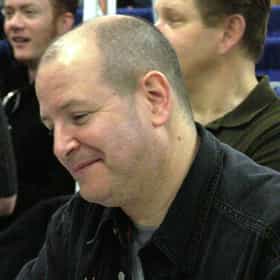 Mike Mignola is ranked on...

#44 of 55 The Greatest Batman Artists of All Time 11k VOTES Batman has been around for almost 80 years and has had more titles than we could possibly list here. Because comics are...

Mike Mignola is also found on...