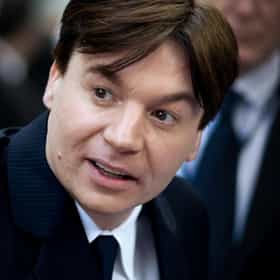 Michael John Myers (born May 25, 1963) is a Canadian actor, comedian, screenwriter, and producer who holds Canadian, British, and American citizenship. He is known for his run as a performer on Saturday Night Live from 1989 to 1995, and for playing the title roles in the Wayne's World, Austin Powers, and Shrek film franchises. He made his directorial debut with the documentary Supermensch: The Legend of Shep Gordon (2013). He has mostly stepped away from acting since 2012, though he had supporting roles in Terminal and Bohemian Rhapsody (both 2018). ... more on Wikipedia

Mike Myers is ranked on...

Mike Myers is also found on...