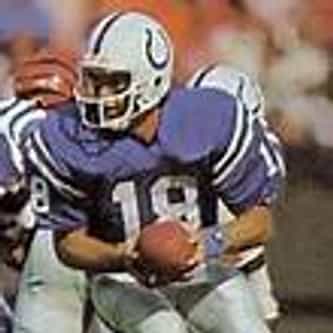 Mike John Pagel (born September 13, 1960) is a former professional American football player who was selected by the Baltimore Colts in the fourth round of the 1982 NFL Draft. A 6'2", 206 lb (93 kg) quarterback from Arizona State, Pagel played in 12 NFL seasons from 1982–1993. Drafted the same year as Art Schlichter, Pagel was drafted to be groomed as a backup. Generally he out-played Schlichter. Pagel bounced in and out of the starting quarterback job for the Colts in his four seasons ... more on Wikipedia

Mike Pagel IS LISTED ON