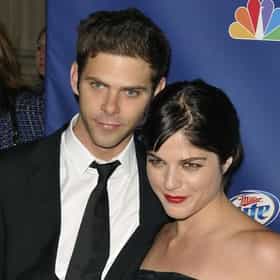 Michael William Day (born March 20, 1980) is an American actor, comedian and writer. A native of Orange County, California, Day studied theater at the University of California, Los Angeles, and is a Groundlings alumnus. He went on to write for several television shows. He joined Saturday Night Live as a writer in its 39th season, became a featured player in its 42nd, and was promoted to a repertory player beginning with its 44th. ... more on Wikipedia

Mikey Day is ranked on...

#88 of 96 The Best SNL Cast Members of All Time 380k VOTES A list of the best Saturday Night Live cast members from the show's 40 seasons. The sketch comedy show has long been a favor...
#6 of 17 The Best Current SNL Cast Members 38.3k VOTES List of the best current Saturday Night Live cast members, as ranked by fans and casual critics. SNL has been on for 45 glor...
Famous Groundlings Members and Alumni 14.5k VIEWS List of Famous Groundlings Members ranked by fame and popularity. The Groundlings are a famous improv and sketch comedy grou...
Famous People Whose Last Name Is Day 7.1k VIEWS Being a fairly common name, it's no surprise there are a lot of famous people with the last name Day. Do you recognize all t...

Mikey Day is also found on...