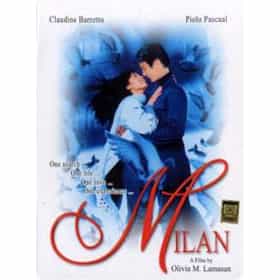 Mila is a 2001 Filipino drama film featuring an ensemble cast starring Maricel Soriano, Piolo Pascual and Princess Punzalan. The film was directed by the acclaimed director Joel Lamangan with the screenplay written by Ricardo Lee and released by Star Cinema as a part of their 8th year anniversary. The film was based on the life story of Anita Pamintuan who died during her fight for proper wages and compensation for public school-teachers in the Philippines. ... more on Wikipedia

Mila is ranked on...

Mila is also found on...