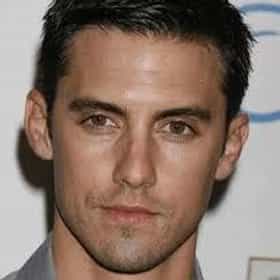 Milo Anthony Ventimiglia (, Italian: [ventiˈmiʎʎa]; born July 8, 1977) is an American actor, director and producer. After a series of roles in television series and parts in independent films, he gained international recognition for his roles as Jess Mariano on the television series Gilmore Girls from 2001 to 2006, and as Peter Petrelli on the NBC series Heroes from 2006 to 2010. He has starred as Jack Pearson on the NBC drama This Is Us since 2016. Ventimiglia made his debut as party guest #1 on The Fresh Prince of Bel-Air (1995), eventually being cast in the short-lived Fox series Opposite Sex in 2000. His later roles include Richard Thorne on The WB's The Bedford Diaries, a ... more on Wikipedia

Milo Ventimiglia is ranked on...

#763 of 1,149 The Best Actors in Film History 2.2M VOTES The best actors ever are ranked here in this list of the best actors in film history. These are the greatest actors ever to ...
#110 of 461 The Hottest Male Celebrities 3.4M VOTES You love your boyfriend (husband? Lucky you!), but then there are these hot celebrity men. You see them and then you maybe f...
#163 of 179 The Best Living American Actors 264.1k VOTES It takes a lot to make a movie great. There has to be excellent writing, production, direction, editing, and of course, acti...
#281 of 505 The Best TV Actors of All Time 106k VOTES The greatest TV actors of all time. Some of these actors have been in movies, some of them are even more well known at this ...
#189 of 195 The Best American Actors Working Today 159.1k VOTES There have been plenty of great American actors throughout film history, but which are the greatest working today? This list...
#12 of 29 Who Should Be The Next Wolverine? 10.1k VOTES Now that Hugh Jackman is definitely maybe probably finished with playing Wolverine in the X-Men movies, America needs to pul...
#12 of 30 Famous Actors Who Almost Played Superman 7.4k VOTES Superman is one of the most iconic American characters of the 20th century, but for whatever reason he’s impossible to perfe...
#86 of 153 The Hottest Men Of 2018, Ranked 339.9k VOTES UPDATED: Check out the hottest celebrity men of 2019! Here are the most handsome men who won our hearts in 2018. Feat...
#10 of 33 America's Most Missed Ex-Boyfriends 6.1k VOTES So what does America’s ex-boyfriend mean? It’s pretty simple actually. America’s ex boyfriend is any number of male stars ...
#5 of 6 Who Will Win Best Actor In A Drama At The 2019 Emmys? 40 VOTES The 2019 Emmy nominations are in, and it is time to make your predictions. Whether you're in an Emmy pool or simply like to ...
The Cast Of 'Heroes': Where Are They Now? 4k VIEWS When NBC's Heroes hit television screens back in 2006, it presented an innovative concept that feels all too commo...
Famous Cancer Male Celebrities 24.6k VIEWS Known for their creativeness and sensitivity, it's no wonder there are so many famous Cancer men. Those born under the sign ...
Celebrities Who Frequently Date Their Co-Stars 25.7k VIEWS Famous co-stars end up becoming Hollywood couples all the time, and some celebrities have taken their on-set romances off th...
#47 of 58 The Best Law & Order SVU Guest Stars 8.2k VOTES If you’re an actor in New York, chances are that you have been or will be on Law & Order SVU. Like the slow heat death o...
Emmy Rossum Loves and Hookups 7.4k VIEWS Who is Emmy Rossum dating? Many famous men have dated Shameless actress Emmy Rossum, and this list will give you more detail...
Alexis Bledel Loves and Hookups 13.2k VIEWS Who is Alexis Bledel dating? Many famous men have dated Gilmore Girls star Alexis Bledel, and this list will give you more d...
Hayden Panettiere's Loves & Hookups 31.4k VIEWS Who is Hayden Panettiere dating? Hayden Panettiere's ex boyfriends and ex lovers. Who Hayden Panettiere dated; list of Hayde...
EW.com's Sexiest Music Video Guest-Stars 10.9k VIEWS EW's list of the hottest music video stars of all time. These hot celebrities made the sexiest video appearances in music vi...

Milo Ventimiglia is also found on...