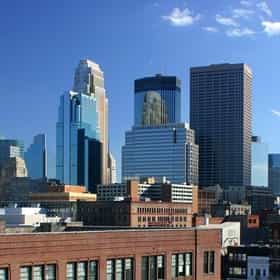 Minneapolis, officially the City of Minneapolis, is the county seat of Hennepin County, and larger of the Twin Cities, the 14th-largest metropolitan area in the United States, containing approximately 3.8 million residents. As of 2013, Minneapolis is the largest city in the state of Minnesota and 46th-largest in the United States with 400,070 residents. Minneapolis and Saint Paul anchor the second-largest economic center in the American Midwest, behind Chicago. Minneapolis lies on both banks of the Mississippi River, just north of the river's confluence with the Minnesota River, and adjoins Saint Paul, the state's capital. The city is abundantly rich in water, with twenty lakes and ... more on Wikipedia

Minneapolis is ranked on...

Minneapolis is also found on...

Cleanest Cities in the US List of Diners Drive-ins and Dives Locations by City US Cities With Skate Parks & Skate Spots The Top 10 U.S. Cities With The Most Bookstores