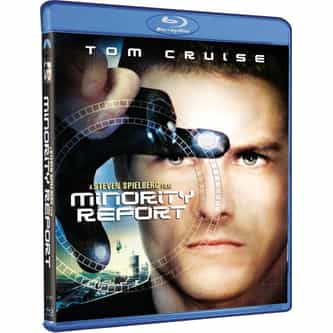 Minority Report is a 2002 American neo-noir science fiction mystery-thriller film directed by Steven Spielberg and loosely based on the short story of the same name by Philip K. Dick. It is set primarily in Washington, D.C., and Northern Virginia in the year 2054, where "PreCrime", a specialized police department, apprehends suspects based on foreknowledge provided by three psychics called "precogs". ... more on Wikipedia

Minority Report IS LISTED ON