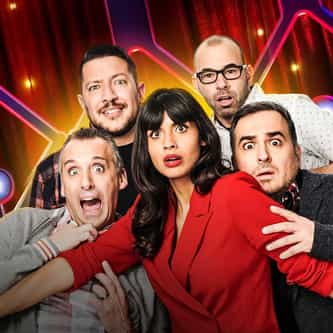 Misery Index (TBS, 2019) is an American game show television series based on the card game "Sh*t Happens." Hosted by Jameela Jamil and staring the four members of The Tenderloins comedy troupe, the show will feature two competing teams, each consisting of a non-celebrity contestant and two members of the Tenderloins, who will "attempt to determine the ranking of hilarious and miserable real-life events—from getting fired to accidentally sexting your grandfather—on a scale of ... more on Wikipedia

The Misery Index IS LISTED ON