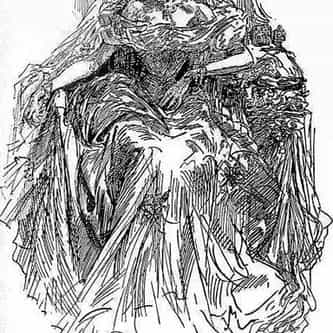 Miss Havisham is a significant character in the Charles Dickens novel Great Expectations. She is a wealthy spinster who lives in her ruined mansion with her adopted daughter, Estella. Dickens describes her as looking like "the witch of the place." Although she has often been portrayed in film versions as very elderly, Dickens's own notes indicate that she is only in her mid-fifties. However, it is also indicated that her long life away from the sunlight has in itself aged her, ... more on Wikipedia

Miss Havisham IS LISTED ON