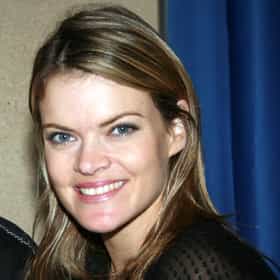 Andrea Kay "Missi" Pyle (born November 16, 1972) is an American actress and singer. She has appeared in several films, including the award-winning films The Artist, Galaxy Quest, DodgeBall: A True Underdog Story, Big Fish, 50 First Dates, Charlie and the Chocolate Factory, Harold & Kumar Escape from Guantanamo Bay, Gone Girl, and Ma. She has also appeared in various television roles, on shows such as Mad About You, Friends, Heroes, Two and a Half Men, Frasier, My Name Is Earl, 2 Broke Girls, Jennifer Falls, and Mom. She was also half of Smith & Pyle, a country rock band, with actress Shawnee Smith. She also appeared in the music video for Foo Fighters' single ... more on Wikipedia

Missi Pyle is ranked on...

#297 of 421 The Hottest Women Over 40 in 2013 602.9k VOTES This is an Ultimate List of the hottest women over 40. It's hard to believe that some of these well known women are over 40,...
Celebrities You Didn't Know Use Stage Names 1.8M VIEWS List of celebrities with stage names, loosely ranked according to fame and popularity. It's tough to break into show busin...

Missi Pyle is also found on...