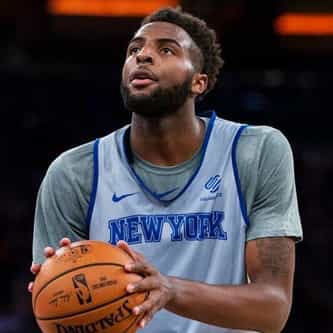 Mitchell Robinson (born April 1, 1998) is an American professional basketball player for the New York Knicks of the National Basketball Association (NBA). He was selected with the 36th overall pick in the 2018 NBA draft. Before beginning his professional career, he gained national coverage for withdrawing from his commitment to going to Western Kentucky University and instead dedicate the entire 201718 season for training on his lonesome, being the first player to make such a decision. ... more on Wikipedia

Mitchell Robinson IS LISTED ON