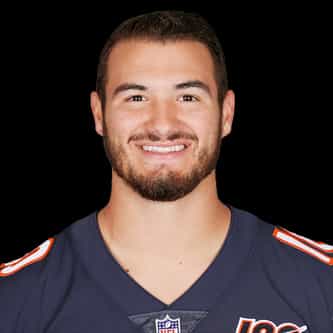 Mitchell David "Mitch" Trubisky (born August 20, 1994) is an American football quarterback for the Chicago Bears of the National Football League (NFL). He played college football at North Carolina, and was drafted by the Bears with the second overall pick in the 2017 NFL Draft. Coming out of college, Trubisky was projected to be a first round pick by the majority of scouts and analysts. ESPN and Pro Football Focus ranked Trubisky the second best quarterback, NFLDraftScout.com ... more on Wikipedia

Mitchell Trubisky IS LISTED ON