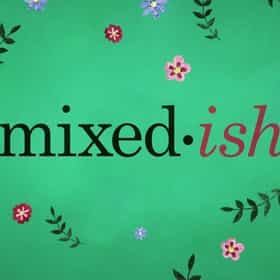 Mixed-ish (ABC, 2019), stylized as mixed•ish, is an American single-camera sitcom created by Kenya Barris and Peter Saji, and a prequel spin-off of Black-ish and the second series to be spun-off from the primary series. The series chronicles the early years of Rainbow Johnson (Arica Himmel) as she recounts her experience growing up in a mixed-race family in the 1980s and the dilemmas they faced over whether to assimilate or stay true to themselves when her parents move from a hippie commune to the suburbs. ... more on Wikipedia

Mixed-ish is ranked on...