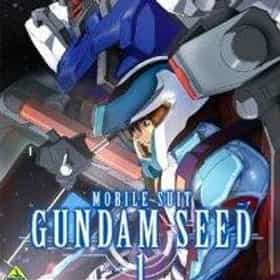 Mobile Suit Gundam SEED is an anime series developed by Sunrise and directed by Mitsuo Fukuda. As with other series from the Gundam franchise, Gundam SEED takes place in a future calendar era, in this case the Cosmic Era, the first to do so. In this era, mankind has developed into two subspecies: Naturals, who reside on Earth, and Coordinators, genetically enhanced humans capable of amazing feats of intellect who emigrate to man-made orbital colonies to escape persecution by natural humans. The story revolves around a young Coordinator Kira Yamato who becomes involved in the war between the two races after a third, neutral faction's space colony is invaded by the Coordinators. The ... more on Wikipedia