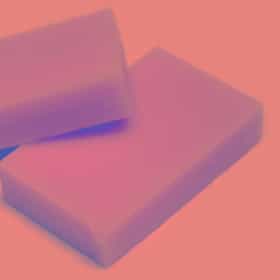 Mochi is Japanese rice cake made of mochigome, a short-grain japonica glutinous rice. The rice is pounded into paste and molded into the desired shape. In Japan it is traditionally made in a ceremony called mochitsuki. While also eaten year-round, mochi is a traditional food for the Japanese New Year and is commonly sold and eaten during that time. Mochi is called môa-chî in Taiwan. Mochi is a multicomponent food consisting of polysaccharides, lipids, protein and water. Mochi has a heterogeneous structure of amylopectin gel, starch grains and air bubbles. This rice is characterized by its lack of amylose in starch and is derived from short or medium japonica rices. The ... more on Wikipedia

Mochi is ranked on...

#115 of 135 The Most Delicious Kinds Of Dessert 72.6k VOTES Most of us have at least some semblance of a sweet tooth, and various types of desserts cater to different tastes. The best ...
#6 of 53 The Best Types of Japanese Food 8.1k VOTES Who's up for sushi? Sashimi? Mochi? Tea? This is a list of the absolute best Japanese foods, ranked by deliciousness. Japan ...