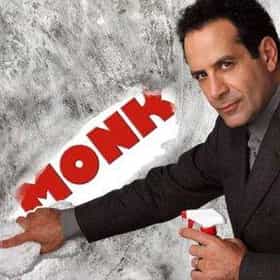 Monk is an American comedy-drama detective mystery television series created by Andy Breckman and starring Tony Shalhoub as the eponymous character, Adrian Monk. It originally ran from 2002 to 2009 and is primarily a police procedural series, and also exhibits comic and dramatic tones in its exploration of the main characters' personal lives. The series was produced by Mandeville Films and Touchstone Television in association with Universal Television. The series debuted on July 12, 2002, on USA Network. It continued for eight seasons, with the final season concluding on December 4, 2009. It received acclaim from critics and audiences alike. The series held the record for the ... more on Wikipedia

Monk is ranked on...

Monk is also found on...