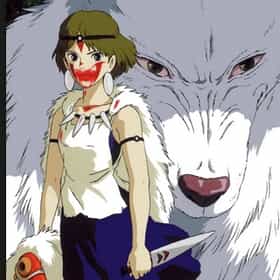 Mononoke is a Japanese animated television series produced by Toei Animation. A spin-off of 2006's horror anthology series Ayakashi: Samurai Horror Tales, Mononoke follows the character of the medicine seller as he continues to face myriad supernatural perils. Mononoke takes place during the Edo Period Japan with the four class system, Samurai being the highest class and merchants being in the lowest class. Only Samurai were permitted to carry swords, which is why it comes as a shock to many of the characters that the medicine seller would be carrying a sword. Produced by Toei Animation, the anime series was directed by Kenji Nakamura, written by Chiaki J. Konaka, Ikuko Takahashi, ... more on Wikipedia

Mononoke is ranked on...

#10 of 137 The Best Old School Anime From 1999 and Before 305.4k VOTES Young kids today don't know how good '80s anime and '90s anime really was. With the abundance of new anime that is available...
#30 of 69 The Top Horror Anime of All Time 225.8k VOTES There are plenty of scary movies and horror films for film lovers to choose from, but what about anime fans? Don't worry, th...
#78 of 218 The Best Grown-Up Anime of All Time 555.4k VOTES For those of you looking for anime that is a bit more mature, like seinen anime, here's a list of the best adult anime ...
#7 of 13 13 Genre-Defying Anime That Aren't Like Anything Else 4.8k VOTES The text flashing in the background of the title sequence for Cowboy Bebop boldly declares the show &quo...
#7 of 11 13 Pretty Good Horror Anime You Can Watch Right Now 5.1k VOTES When most people think about horror films, they imagine terrifying images of malformed slashers and excessive gore. Som...
#8 of 31 The Best Anime Like Paprika 127 VOTES The ability to enter someone's mind is a powerful thing, especially when you can go deep into their subconscious. Paprika is...
#22 of 30 The Best Anime Like Paranoia Agent 68 VOTES Musashino City is under attack by an assailment known as Shounen Bat, or Lil' Slugger, who enjoys beating their victims...