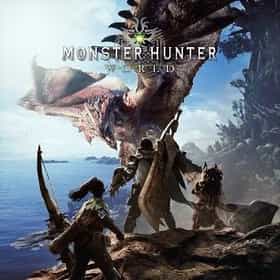 Monster Hunter: World is an action role-playing game developed and published by Capcom. A part of the Monster Hunter series, it was released worldwide for PlayStation 4 and Xbox One in January 2018, with a Microsoft Windows version being scheduled later in the year. In the game, the player takes the role of a Hunter, tasked to hunt down and either kill or trap monsters that roam in one of several environmental spaces. If successful, the player is rewarded through loot consisting of parts from the monster and other elements that are used to craft weapons and armor, among other equipment. The game's core loop has the player crafting appropriate gear to be able to hunt down more difficult ... more on Wikipedia

Monster Hunter: World is ranked on...