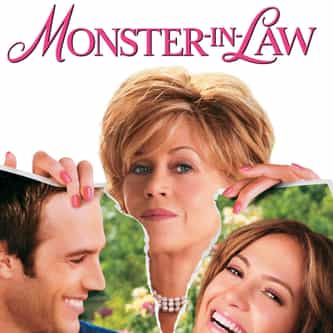 Tagline
She met the perfect man. Then she met his mother.

Monster-in-Law is a 2005 romantic comedy film directed by Robert Luketic and starring Jennifer Lopez, Jane Fonda, Michael Vartan and Wanda Sykes. It marks a return to cinema for Fonda, being her first film in 15 years after Stanley & Iris. The screenplay is written by Anya Kochoff. The original music score is composed by David Newman. The film was negatively received by critics but was a box office success. ... more on Wikipedia

What Happens in Vegas

Monster-in-Law IS LISTED ON