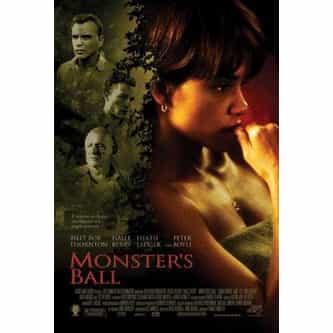 Screenplay by
Milo Addica
Will Rokos

Monster's Ball is a 2001 American romantic drama film directed by German-Swiss director Marc Forster starring Halle Berry, Billy Bob Thornton and Heath Ledger. The film tells the story of a poor Southern woman who falls for a widowed prison-guard after the execution of her husband. Berry won the Academy Award for Best Actress for her performance, the first African-American woman to do so. ... more on Wikipedia

Monster's Ball IS LISTED ON