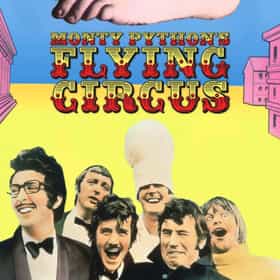 Monty Python’s Flying Circus is a British sketch comedy series commissioned by David Attenborough, created by the comedy group Monty Python and broadcast by the BBC from 1969 to 1974. The shows were composed of surreality, risqué or innuendo-laden humour, sight gags and observational sketches without punchlines. It also featured animations by Terry Gilliam, often sequenced or merged with live action. The first episode was recorded on 7 September and broadcast on 5 October 1969 on BBC One, with 45 episodes airing over four series from 1969 to 1974, plus two episodes for German TV. The show often targets the idiosyncrasies of British life, especially that of professionals, and is ... more on Wikipedia