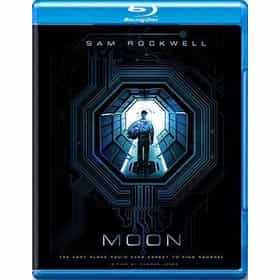 Moon is a 2009 British science fiction drama film co-written and directed by Duncan Jones. The film follows Sam Bell, a man who experiences a personal crisis as he nears the end of a three-year solitary stint mining helium-3 on the far side of the Moon. It was the feature debut of director Duncan Jones. Kevin Spacey voices Sam's robot companion, GERTY. Moon premiered at the 2009 Sundance Film Festival and was released in selected cinemas in New York and Los Angeles on 12 June 2009. The release was expanded to additional theatres in the United States and Toronto on both 3 and 10 July and to the United Kingdom on 17 July. ... more on Wikipedia

Moon is ranked on...

Moon is also found on...