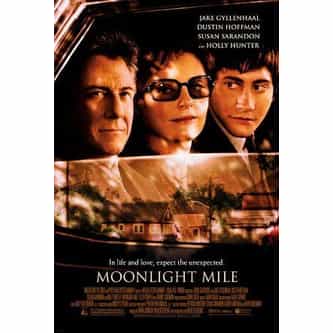 Moonlight Mile is a 2002 American romantic drama film written and directed by Brad Silberling. This film was loosely inspired by writer/director Brad Silberling's own experience. He was dating actress Rebecca Schaeffer at the time she was killed by an obsessed fan in 1989. The film takes its name from the Rolling Stones song of the same name. The film's original title was Baby's in Black, and then later changed to Goodbye Hello, and then the current title. The film is set in 1973 and music ... more on Wikipedia

Moonlight Mile IS LISTED ON