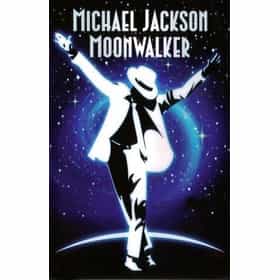 Moonwalker, also known as Michael Jackson: Moonwalker, is an American anthology film released in 1988 by singer Michael Jackson. Rather than featuring one continuous narrative, the film is a collection of short films about Jackson, several of which are long-form music videos from Jackson's Bad album. The film is named after the dance technique known as the moonwalk, which was one of his trademark moves. The name of the dance move was dubbed by the media, not by Jackson himself; however, he did choose the title of the film himself. Moonwalker was a success at the box office, making a total of $67,000,000 worldwide. ... more on Wikipedia

Moonwalker is ranked on...

Moonwalker is also found on...

List of All Parody Movies Movies Distributed by Warner Bros. Pictures List of All Movies Released in 1988 Movies with Cinematography by Thomas E. Ackerman