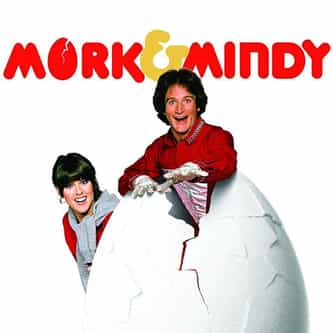 Mork & Mindy is an American sitcom broadcast from 1978 to 1982 on ABC. It stars Robin Williams as Mork, an extraterrestrial who comes to Earth from the planet Ork in a small, one-man egg-shaped spaceship. Pam Dawber co-stars as Mindy McConnell, his human friend and roommate. ... more on Wikipedia

Mork & Mindy IS LISTED ON