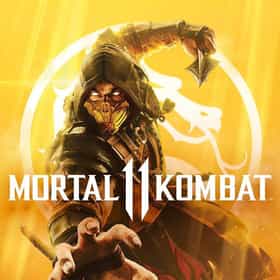 Mortal Kombat 11 (MK11) is a fighting video game developed by NetherRealm Studios and published by Warner Bros. Interactive Entertainment. Running on a heavily modified version of Unreal Engine 3, it is the eleventh main installment in the Mortal Kombat series and a sequel to 2015's Mortal Kombat X. Announced at The Game Awards 2018, the game was released in North America and Europe on April 23, 2019 for Microsoft Windows, Nintendo Switch, PlayStation 4, and Xbox One. In late January 2019 it was reported that the Switch version was delayed in Europe, and was released on May 10, 2019. Upon release, the console versions of Mortal Kombat 11 received generally favorable reviews, which ... more on Wikipedia

All Mortal Kombat 11 Characters Ranked Best to Worst 14.6k votes Who is the best character in Mortal Kombat 11? The newest entry in the series features a wide range of fan favorite returnin...
Awesome 'Mortal Kombat 11' YouTube Channels You Should Watch 160 votes Prepare for a flawless victory as we rank the greatest Mortal Kombat 11 YouTubers on the web. Released in 2019, MK 11 is one...