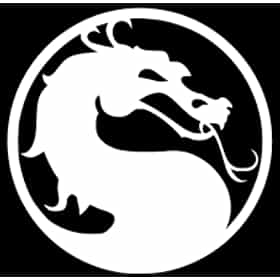 Mortal Kombat X is a fighting game developed by NetherRealm Studios. It is the tenth main installment in the Mortal Kombat video game series and was released on April 14, 2015 for PlayStation 4, Xbox One, and Microsoft Windows, scheduled to be ported to PlayStation 3 and Xbox 360 by High Voltage Software on Q2/Q3 2015. NetherRealm's mobile team also developed a mobile version for iOS and Android devices. The iOS version was released on April 7, 2015. ... more on Wikipedia

Mortal Kombat X is ranked on...

#13 of 18 18 Amazing Classic Video Games You Can Totally Play On Your Phone Right Now 2k VOTES Gone are the days in which we were forced to pull a cartridge out of a console and blow into it so hard we turned ...
#11 of 184 The Greatest Fighting Games Ever Made 86k VOTES The best fighting games pit player against player testing reflexes and skill. Fighting games range from the 3D arena fighter...
#26 of 123 The Best Playstation 4 Games Released So Far 51.1k VOTES If you've recently purchased a PS4 and are wondering which titles you should pick up immediately, you've come to the ri...
#21 of 62 The Best PlayStation 4 Games Of The 2010s 11.6k VOTES There are hundreds of amazing PS4 games that have been released this decade, but which are the best? The PlayStation 4’s lib...
#5 of 56 The Best Video Games of 2015 11.7k VOTES 2015 was a pretty good year for gamers. Although it might not have given us any new major systems, we did get a whole lot of...
#2 of 43 The Best Playstation 4 Fighting Games 3.7k VOTES Although this current generation of consoles is admittedly not the best for fighting games, there are still plenty of PS4 fi...
#1 of 24 The Best Xbox One Fighting Games 1.1k VOTES Although Street Fighter V is a PS exclusive, there are plenty of great Xbox One fighting games that are worth checking out. ...
#80 of 125 The Best PlayStation Fighting Games 11.3k VOTES If you owned a PlayStation at any time during your life, then it's safe to say there were probably a few fighting games in y...
#21 of 22 The Best PS4 Games For Couples 301 VOTES If you're looking for a game you can play with your sweetheart, you've come to the right place! There are tons of games that...
#3 of 39 The 20+ Best PC Fighting Games on Steam 2.5k VOTES From the arcade cabinet to your home TV, fighting games have been around since the earliest days of video games and are stil...