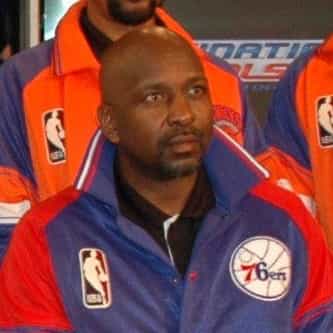 Moses Eugene Malone (March 23, 1955 – September 13, 2015) was an American basketball player who played in both the American Basketball Association (ABA) and the National Basketball Association (NBA) from 1974 through 1995. A center, he was named the NBA Most Valuable Player (MVP) three times, was a 12-time NBA All-Star and an eight-time All-NBA Team selection. Malone led the Philadelphia 76ers to an NBA championship in 1983, winning both the league and Finals MVP. He was inducted into the ... more on Wikipedia

Moses Malone IS LISTED ON