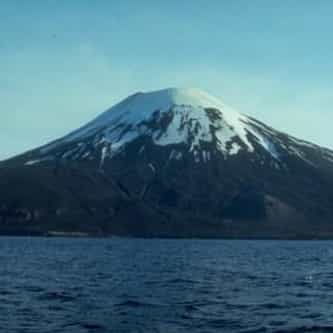 The undissected stratovolcano of Amukta volcano makes up most of nearly circular, 7.7-km-wide Amukta Island. It is the westernmost of the Islands of Four Mountains chain. The cone, about 5.8 km in basal diameter and topped by a 0.4 km wide summit crater, appears on synthetic-aperture radar imagery to be built upon a 300+ meter high, east-west trending arcuate ridge. Extensions of that ridge on the southwest and east sides of the island indicate an older caldera approximately 6 km in ... more on Wikipedia

Mount Amukta IS LISTED ON