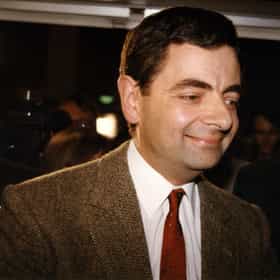 Mr. Bean is a British sitcom created by Rowan Atkinson and Richard Curtis, produced by Tiger Aspect Productions and starring Atkinson as the title character. The sitcom consisted of 15 episodes that were co-written by Atkinson alongside Curtis and Robin Driscoll; for the pilot, it was co-written by Ben Elton. The series was originally broadcast on ITV, beginning with the pilot on 1 January 1990 and ending with "The Best Bits of Mr. Bean" on 15 December 1995. The fourteenth episode, "Hair by Mr. Bean of London", was originally released as a direct-to-video VHS exclusive in 1995, and was not broadcast on television until 25 August 2006 on Nickelodeon.Based on a ... more on Wikipedia