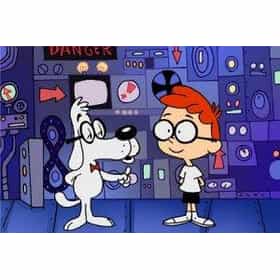 Mr. Peabody & Sherman is a 2014 3D computer-animated comic science fiction film featuring the characters Mr. Peabody and Sherman of the 1960s animated television series The Rocky and Bullwinkle Show. It is produced by DreamWorks Animation and distributed by 20th Century Fox. Rob Minkoff, who is most famous for co-directing The Lion King, is the director, and Alex Schwartz and Denise Nolan Cascino are the producers. Tiffany Ward, daughter of Jay Ward, one of the creators of the original series, is the executive producer. Mr. Peabody & Sherman features the voices of Ty Burrell, Max Charles and Ariel Winter. It is the first DreamWorks animated feature to feature characters from ... more on Wikipedia

Mr. Peabody & Sherman is ranked on...