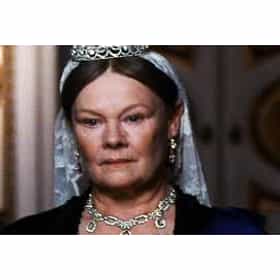 Mrs Brown, also theatrically released as Her Majesty, Mrs Brown, is a 1997 British drama film starring Judi Dench, Billy Connolly, Geoffrey Palmer, Antony Sher and Gerard Butler. It was written by Jeremy Brock and directed by John Madden. The film was produced by the BBC and Ecosse Films with the intention of being shown on BBC One and on WGBH's Masterpiece Theatre. However, it was acquired by Miramax and released to unexpected success, going on to earn more than $13,000,000 worldwide. The film was screened in the Un Certain Regard section at the 1997 Cannes Film Festival. Dench was nominated for the Academy Award for Best Actress, but lost to Helen Hunt for her role in As Good as It ... more on Wikipedia

Mrs Brown is ranked on...

Mrs Brown is also found on...