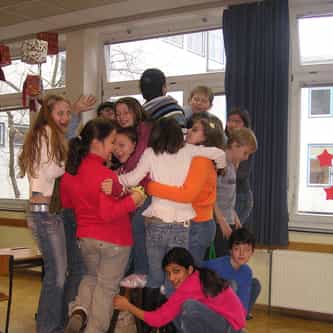 Musical chairs is a game played by a group of people, often in an informal setting purely for entertainment such as a birthday party. The game starts with any number of players and a number of chairs one fewer than the number of players; the chairs are arranged in a circle facing outward, with the people standing in a circle just outside of that. A non-playing individual plays recorded music or a musical instrument. While the music is playing, the players in the circle walk in unison ... more on Wikipedia

Musical chairs IS LISTED ON