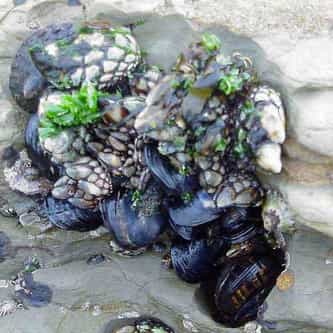 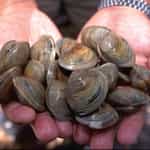 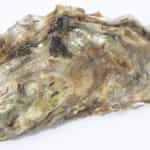 Mussel is the common name used for members of several families of clams or bivalve molluscs, from saltwater and freshwater habitats. These groups have in common a shell whose outline is elongated and asymmetrical compared with other edible clams, which are often more or less rounded or oval. The word "mussel" is most frequently used to mean the edible bivalves of the marine family Mytilidae, most of which live on exposed shores in the intertidal zone, attached by means of their ... more on Wikipedia

Mussel IS LISTED ON