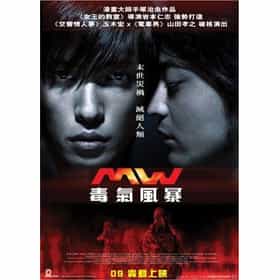 MW is a live-action Japanese film released in 2009 and based on the MW manga by Osamu Tezuka. The film was directed by Hitoshi Iwamoto. When a top secret chemical compound called MW infects an island near Okinawa, the military is sent in to kill all the victims and cover up the incident. A survivor named Michio Yuki (Tamaki) grows up to become a highly-successful banker, but he is slowly being driven mad by the effects of MW. After committing a series of ruthless crimes to get revenge against the people responsible for the cover-up, he decides that the only way to truly get revenge is to unleash MW on the world and exterminate the entire human race. Takayuki Yamada stars as Father ... more on Wikipedia