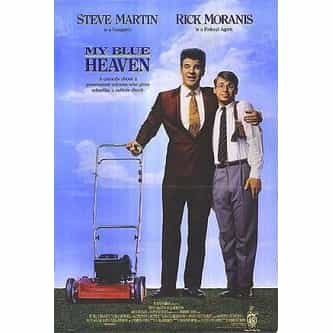 Tagline
A comedy about a government witness who gives suburbia a culture shock.
The stars of Parenthood in comedy about an urban hood finding suburbanhood.

My Blue Heaven is a 1990 comedy film directed by Herbert Ross, written by Nora Ephron and starring Steve Martin, Rick Moranis, and Joan Cusack. This is the third film Steve Martin and Rick Moranis starred together in. It has been noted for its relationship to the movie Goodfellas, which was released one month after this film. Both movies are based upon the life of Henry Hill, although the character is renamed "Vincent 'Vinnie' Antonelli" in My Blue Heaven. While Goodfellas was ... more on Wikipedia

My Blue Heaven IS LISTED ON