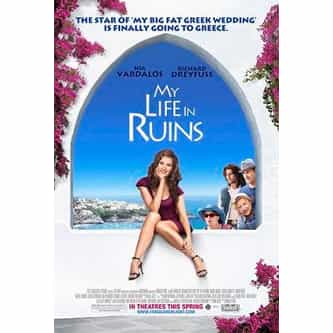 My Life in Ruins

My Life in Ruins is a 2009 romantic comedy film set amongst the ruins of ancient Greece, starring Nia Vardalos, Richard Dreyfuss, Alexis Georgoulis, Rachel Dratch, Harland Williams and British comedy actor and impressionist Alistair McGowan. The film is about a tour guide whose life takes a personal detour, while her group gets entangled in comic situations among the ruins, with a series of unexpected stops along the way. The film was released on June 5, 2009 in the United States, and May ... more on Wikipedia

My Life in Ruins IS LISTED ON