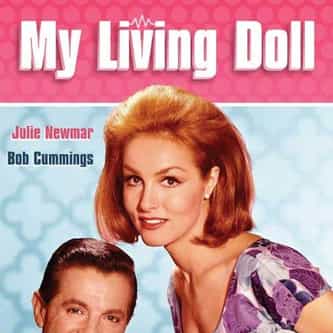 My Living Doll is an American science fiction sitcom that aired for 26 episodes on CBS from September 27, 1964 to March 17, 1965. This series was produced by Jack Chertok and was filmed at Desilu studios by Jack Chertok Television, Inc., in association with the CBS Television Network. The series was unusual in that it was bought by the network without a formal pilot film, due to the success of Chertok's previous series, My Favorite Martian. ... more on Wikipedia

My Living Doll IS LISTED ON